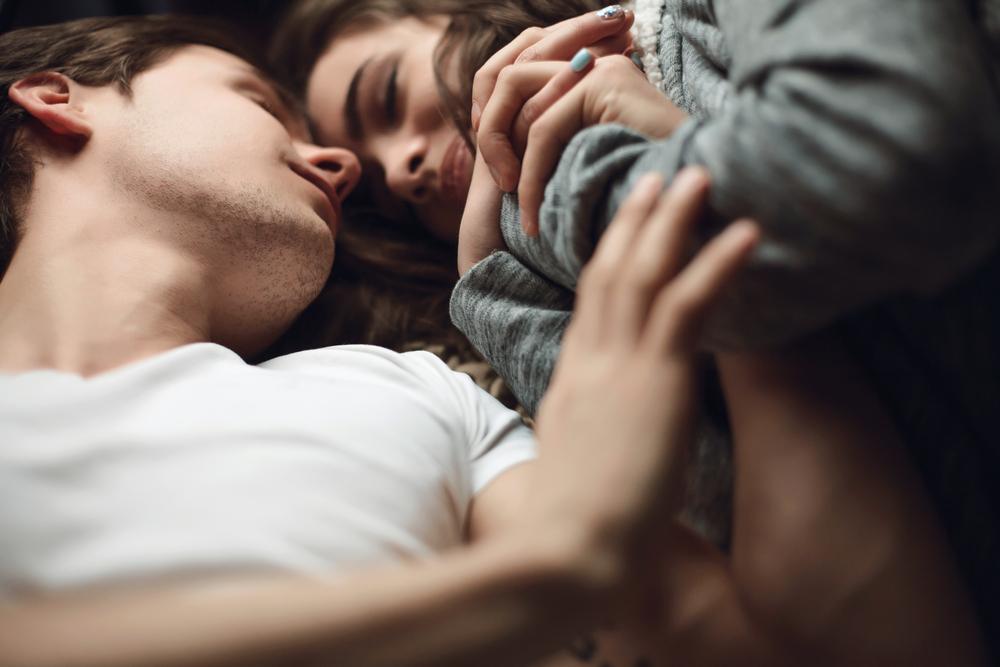 Part 2 of a new three-part series for men with premature ejaculation and their partners, on contemporary issues in the understanding and treatment of PE.

Toward a New Definition of Premature Ejaculation

As a sex therapist, the first thing you notice on googling “causes of premature ejaculation” is  that much of what’s written online is highly questionable.

In fact, a great deal of it is pure nonsense.

Even highly respectable medical sites seem to lose their minds when it comes to the causes of premature ejaculation. Some tend to repeat long-debunked ideas, such as that PE “can often be traced back to early trauma,” or that it’s “caused by strict sexual upbringing.”

My absolute favorite was the site that attributed premature ejaculation to “overexcitement or too much stimulation.” (As if there were some other more preferred kind of sex, that wasn’t so darn stimulating!)

But here’s the kicker:

Not one of the leading medical information sites on page one of Google mentions the totally obvious thing that’s responsible for most cases of premature ejaculation that we sex therapists see every day.

What you’d never know from reading Google, is that there are roughly two big categories of men who present for treatment of premature ejaculation.

The less common kind are men who used to have reasonable ejaculatory control, but then something happened to make them lose their control, and now they find themselves ejaculating too quickly.

The cause is often medical. Most commonly, this “acquired premature ejaculation,” as it’s called, is accompanied by erectile dysfunction (ED).

Other causes of acquired premature ejaculation have been reported, such as inflammation of the prostate, hyperthyroidism, or withdrawal from certain recreational or prescription drugs. But these seem to be rarer.

The most common cause of premature ejaculation

Now let’s talk about the other category of men who suffer from PE, so-called “lifelong premature ejaculation.”  This other category is much more common, at least in my office.

The striking thing about most men with lifelong premature ejaculation is that they seem otherwise to be perfectly fine.

Most of them have no medical or psychiatric illness. And contrary to what you might expect from reading Google, a great many of them seem to have had perfectly normal, sex-positive upbringings.

If you ask these men what caused their premature ejaculation, most of them will tell you they just seem to have been born that way. Research seems to support this idea. There’s even some evidence that PE can run in families.

For some reason, though, you rarely see “born that way” on a list of causes of premature ejaculation on the leading medical sites on Google.

Why not? Simple. These sites are oriented towards the detection and treatment of disease. And there’s very little evidence that lifelong premature ejaculation is a disease.

If lifelong premature ejaculation is not a disease, then what causes it?

Simply put, most cases of lifelong premature ejaculation seem to be the due to natural human variation in how easy or hard it is to climax.

As we’ve discussed elsewhere, an orgasm is simply a reflex. And all reflexes work the same way. Sensory inputs, once they reach a certain threshold of intensity, cause neurons to fire to make some set of muscles somewhere contract.

That’s true whether we’re talking about your knee-jerk reflex, your sneeze reflex, your orgasm reflex, or any of the other thousands of reflexes in your body.

In the case of the orgasm reflex, the relevant sensory inputs are both physical and psychological. But the principle is the same. Once these inputs reach a particular level—what we call your “orgasm threshold”—the reflex simply “happens.”

Think of your orgasm threshold as a number, from 1-100. There’s lots of variation in people’s orgasm thresholds. As just about everyone knows, if they’ve had more than one sex partner in their life.

Premature ejaculation is just a variant of normal.

When men like this come to see me for treatment, it’s usually to help them figure out how to ejaculate inside a vagina.

At the other end of the bell curve, some men have natural orgasm thresholds as low as 30. The minute a man like this gets hard, he’ll be vulnerable to ejaculating too quickly.

In a nutshell, that’s the most common cause of “lifelong premature ejaculation. Nothing more than natural statistical variation.

Myths about what causes premature ejaculation

Now that you know what causes most cases of premature ejaculation, we can go ahead and dispel some popular myths.

Here are the three most common:

It’s easy to see how this myth got started, since by definition a man with premature ejaculation does reach climax quickly and consistently.

But if you ask most men with PE, they’ll tell you their premature orgasms aren’t very satisfying at all.

Why? Simple: Male or female, straight or gay, the quality of your orgasm is mostly dependent on the quality and duration of the arousal leading up to it.

As I write in Chapter 6 of my book, Love Worth Making, we sex therapists tend to think of sex as like a good meal: appetizers, main course, dessert.

A man with PE sits down to eat, has a few bites of salad and a piece of a roll, then all of a sudden they whisk everything away, bring him dessert, and hand him the check.

Most men with very low orgasm thresholds have never had a really good orgasm in their life.

In fact, premature ejaculation is not at all easy to treat by psychological means. Most men with PE desperately want to last longer in bed. Many  go to extraordinary lengths to suppress their arousal.

As we discussed in the previous article in this series, none of these techniques -- from stop/start, to numbing creams, to thinking about zombies -- ever lead to really good sex.

As a sex therapist, I have a hard time understanding how so many otherwise reputable authors can claim that stop/start cures premature ejaculation.

I wonder if it’s because most of them have never tried to hold back an orgasm.

According to this myth, the orgasm reflex is like the urination reflex. And men with prematurity are like children who never learned to hold their urine. They’re simply immature.

In fact, this analogy makes no sense.

We’re designed to overcome the urination reflex. Children don’t have to struggle to hold back their urine. Urinary control happens naturally, once their developing nervous systems are capable of it.

No one expects you to learn not to sneeze. Chances are, you couldn’t if you tried.

And if there’s lots of pepper in the air, no one thinks you’re immature if you’re the first person to sneeze out loud.

Can understanding the root cause of premature ejaculation help guide treatment?

Yes, absolutely. If low orgasm thresholds are the root cause of most premature ejaculation, we’d naturally want to look for ways for men with low thresholds to raise them higher.

Since Prozac become popular in the late 1980’s, it’s been known that virtually all members of the so-called “serotonin reuptake inhibitor” (SRI) class of medications have the potential to raise orgasm thresholds. This is a predictable, dose-related side effect.

No SRI is currently approved for treatment of premature ejaculation in the United States. As a result, SRI treatment for PE in the US is still “off-label,” meaning it requires informed consent.

We sexual medicine practitioners have been prescribing these medications off-label here for decades, sometimes with life-changing results.

What’s more, psychological techniques often work much better once a man’s orgasm threshold gets high enough for him to experience greater sexual arousal without ejaculating.

In Part Three of this series, we’ll discuss how this works, in greater detail.

Parts of this article have been adapted from Love Worth Making: How to Have Ridiculously Great Sex in a Long-Lasting Relationship by Stephen Snyder, M.D. Copyright © 2018 by the author and reprinted with permission of St. Martin’s Press, LLC.

Medical Disclaimer
All content here is for informational purposes only. Please consult a licensed mental health professional for all individual questions and issues.