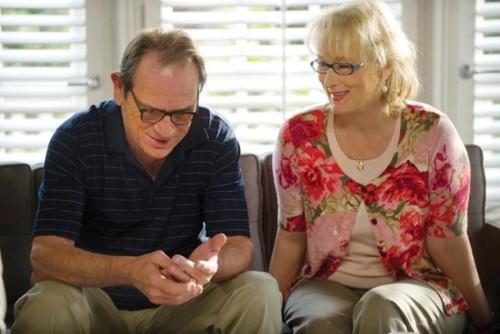 We sex therapists aren’t so interested in orgasms.  We’re among the few humans on the planet who aren’t.

Whether an orgasm happens — and whether it turns out to have been worth the trouble it took to get there — depends a lot on the quality of the lovemaking that precedes it.

Imagine sex as a meal.  Let’s just say the appetizers are so delicious that you momentarily forget they’re just appetizers.  That’s how it’s supposed to be, right?  Why rush?  We’ve got all night.  In the best of all worlds, the entree is almost an afterthought.  You’ve had that happen once or twice, right?

Later in the meal, in this best of all possible worlds, having eaten and enjoyed everything, you suddenly again realize, “OMG, I forgot!  There’s gonna be DESSERT!”

Dessert just kind of finishes you off.    That’s how orgasm should be.

A lot of couples try to satisfy each other with orgasms, then wonder why they’re still hungry.

Yes, I know.  And there are times when a good orgasm can be just the thing if you’re restless or need help getting to sleep.  But you probably didn’t need to read this blog to figure that out!  Aren’t we after a bigger prize here?  In really good lovemaking, orgasm is merely punctuation at the end of the sentence.

After orgasm, most men lose all interest in sex.  For women, the punctuation of orgasm tends to be less emphatic — a comma perhaps, instead of a period — but it’s still usually an important punctuation mark.   After orgasm most women still remain capable of sexual feeling.  For most men, it’s pretty much zero.

For this reason, a woman should generally be first to have dessert.   As a sex therapist I’ve heard too many stories where the man has the first orgasm and then spends a long time afterwards trying to bring his wife to climax.  This leads to all sorts of mischief.

She knows he’s just waiting for her to finish so he can go turn the TV back on.  Which of course isn’t much of an aphrodisiac for her.  It’s the chief cause of a lot of bad sex.  More on that later.