The Perfect Vagina — Why is Genital Cosmetic Surgery Suddenly So Popular? 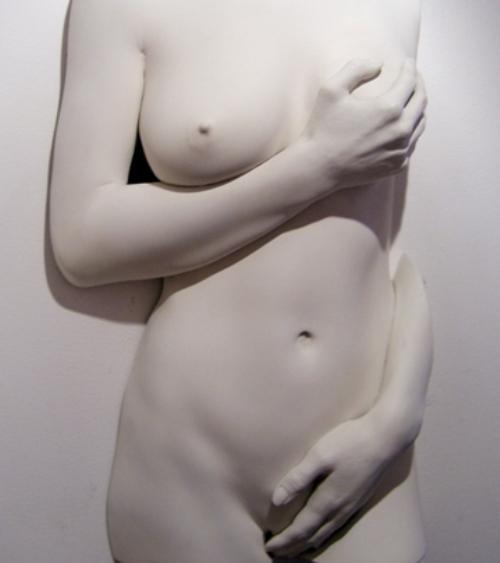 Why Are More Women Choosing to Have Genital Cosmetic Surgery?

After viewing a recent Channel 4 film “The Perfect Vagina,” by British Documentary Director and Producer Heather Leach, I understood why.

It’s the explosion in the last decade of print and online close-up images of young women with, in the words of the film, “hairless, neat, pink, tucked-in” genitals.   That and the fact that young women in everyday life are increasingly expected to go hairless as well.

Young women’s pubic hair has been steadily disappearing over the past decade.  In a recent study by sex researcher Dr Debra Herbenick, 58.6% of young women sampled reported going hairless at least some of the time.

Dr Herbenick tells me that among the college students she talks to, most do it by shaving.   Their slightly older counterparts in my Manhattan sex therapy office tend to do it by waxing.   It’s something many young men these days expect a woman to take care of.

In an earlier article, “Contemporary Sexuality and the Brazilian Wax,” I worried that this new standard of genital beauty was bad news for young women, who hardly needed another item on  their list of grooming rituals.   Or another part of their bodies to obsess about.

When I came of age in the 1970’s, only the most sexually hyper individuals ever looked at the kind of pornography that featured labial close-ups.   And few women worried about the appearance of their labia minora — because  the labia  were hidden by hair and barely visible.

On today’s bare genitals, though, large labia minora stand out.   So after the wax salon, sometimes the next trip for a modern young woman is to the surgeon’s office — to cut large labia down to porn-star size.

It doesn’t take a genius to grasp the magnitude of the physical and emotional suffering involved.  To say nothing of the waste of time and money.

In “The Perfect Vagina,”  host Lisa Rogers visits the principal stations of the modern woman’s genital pilgrimage — first the Brazilian wax salon, then the vulvar surgical suite.   Both are places where a woman can expect significant physical pain.

In Part 1 of the film, Rogers introduces us to Rosie —  a 21 year old British woman with prominent labia minora.   It’s something that wouldn’t have ever been an issue a few decades ago.

But now such a thing does get noticed – and in a big way.   So Rosie decides to end her suffering by losing an inch or so off her inner lips.

In the film, we accompany Rosie into surgery, where she is gowned and draped.  We watch Rosie wince from the pain of having Novocaine injected into her labia.

After the numbing medication takes effect, we see Rosie’s inner lips efficiently trimmed down to porn-star size.   It’s not for the faint of heart.

What is to be Done?

After witnessing Rosie’s operation, Rogers issues a challenge to the viewing public:  “Surely, girls,” she say, “there must be another way.”

The remaining parts of “The Perfect Vagina” include explorations of some of these other ways.  There  is a visit to a women’s group that fosters psychological healing through vulvar show-and-tell.

There are several visits to the workshop of British sculptor Jamie McCartney — whose sculpture is featured above, and who over the past several years has made plaster casts of 400 women’s vulvas.   For many of the women who participated,  the project appeared to be therapeutic as well as artistic.   (The completed work, entitled “The Great Wall of Vagina,”will have its World Premier on  May 6).

For some women, just seeing the film “The Perfect Vagina” itself might be of help.

But if we’re looking for “another way,” shouldn’t we also just encourage women let their pubic hair grow again?

Many women’s labia seem to fit in better in their natural habitat.   A return to genital hair might spare many women a lot of physical pain, not to mention money and worry.