The Nine Rooms of Happiness: What Does a Woman Want? 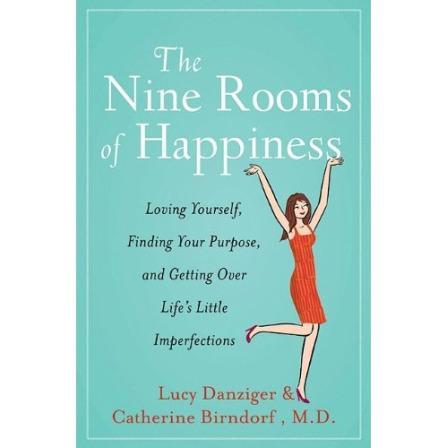 What Does a Woman Want?

Freud, famously, claimed not to know.   In a letter to his student Marie Bonaparte, he wrote,  ‘The great question that has never been answered, and which I have not yet been able to answer, despite my thirty years of research into the feminine soul, is “What does a woman want?”‘

I think Freud was just being coy.  It doesn’t take 30 years to figure it out.

Last summer I studied my 9 year old daughter for several months.  I thought and thought about all the things she asks of me daily (which are many), in an effort to find the secret that eluded Freud.  Finally I felt I had my answer.

“You know,” I said to her over breakfast, “I just figured out what you really want.”

She looked up from her Fruity Pebbles.   “What, Dad?”

She smiled at me, munching.   “Look how fast you figured that out.”

A woman wants . . .  everything.  This is not a criticism, but a statement of how her mind works.   Her mind is integrative . . comprehensive.    She thinks of the big picture – of how everything is balanced and fits together – or not.   She thinks about everything.

The integrative, or comprehensive, aspect of a woman’s thinking is somewhat foreign to the average man.    He may know that the kitchen needs updating, and that his wife and he haven’t had a real conversation in a few weeks, but it’s not as much on his mind as it is on hers.   He’s more selective about what he thinks about.

According to Lucy Danziger and Catherine Birndorf, the co-authors of The Nine Rooms of Happiness, the tendency to think about everything is at the root of much female unhappiness.   As a sex therapist in Manhattan, I can confirm that it is the source of much sexual unhappiness as well (“How can I really enjoy sex, when there are so many things around the house that need doing?”)

And she can, as the authors demonstrate, steal a page from the male playbook — she can get better at compartmentalization.   This most essential male skill consists of “shutting the door” on unwanted thoughts.   It’s something that most men do pretty naturally — and that for most women takes some effort.

The authors, taking the writer Edith Wharton somewhat out of context, imagine a woman’s life as a house of many rooms — love and sex (the bedroom), health and appearance (the bathroom), organization and power (the kitchen).  They counsel that it can be helpful to work on only one room at a time — which intuitively makes sense.  The book offers advice on how to realize when “you’re in the wrong room” For example:  Worry about your figure in the bathroom.  Not in the bedroom.

Just Shut the Door and Walk Away.

The book is sprinkled liberally with first-person accounts of women struggling to get control of their “houses” — some successfully and some not.   As these accounts illustrate, no one is never going to get every room under control at the same time.  It’s OK sometimes to just shut the door and leave the mess alone.

The average woman’s capacity to think about everything, and to imagine having all aspects of her life under control, is ordinarily both a gift and a burden. The Nine Rooms gives some useful answers to the question of what to do when the wish to have everything functioning well threatens to drive one crazy.

If the authors of The Nine Rooms of Happiness had lived in Freud’s time, maybe they could have spared him a lot of effort trying to figure out what women want.

Or maybe Freud could have just asked his daughter.