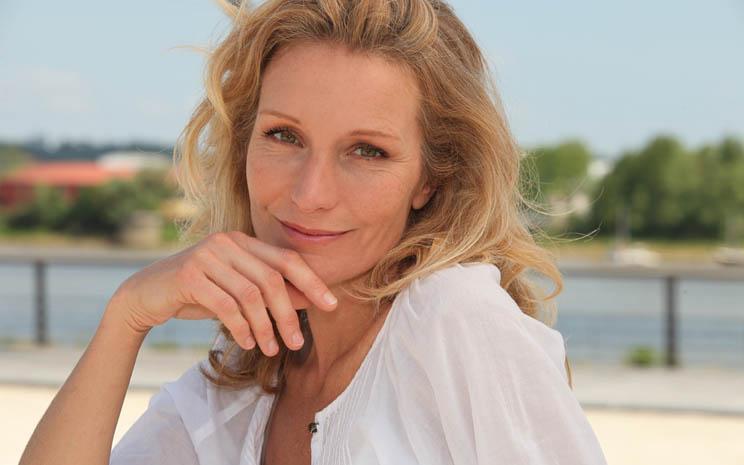 The cultivation of sexual mindfulness

One rainy Friday afternoon in mid-summer, I traveled uptown to speak with Nicole Daedone, a former professor of semantics who now devotes herself full-time to teaching what must be one of the world’s most curious mindfulness techniques.

At Daedone’s OneTaste Urban Retreat Center in San Francisco, and at workshops she conducts around the world, practitioners gather together to do “Orgasmic Meditation” (“OM for short”) —  a simple technique, really, but an odd one.

OM is done in pairs.   In OM, a woman undresses from the waist down, lies on her back and receives direct clitoral stimulation from her (male or female) partner for fifteen minutes.   Not to achieve sexual climax necessarily, though that might occasionally happen.   Rather, just to practice sexual mindfulness for its own sake.

So why is this strange practice  suddenly so popular?   And why is Daedone’s book, Slow Sex:  The Art and Craft of the Female Orgasm currently getting 4 and 1/2 stars on Amazon?

Sex in the 21st Century

In these strange times, the field of human sexuality has become more professionalized and less idealistic.   At the time of its founding in the 60’s and 70’s, sex therapy was closely linked to a more humanistic psychology.   Now, after AIDS, DSM-III, the Reagan era,  and the so-called “medicalization of sex therapy,”  it’s a narrower and less daring enterprise.

Bringing back the body

Yet change is afoot.   Various movements in sex therapy today are seeking again to more directly involve the body and the senses.   One prominent research group has been exploring the application of mindfulness meditation techniques to sexual problems.   Other practitioners are discussing healing techniques involving movement and dance.

Daedone’s recommendation that a woman spend 15 minutes paying attention to the touch of a finger on her clitoris seems in line with this general trend away from just talking about sexuality, and back towards living it.    Though more radical than most of the work I see presented at national meetings, her work has the same emphasis on rediscovering sensuality and physicality — in a field that obviously can’t go very far without  the body.

This year I  managed to speak with Daedone when she passed through New York to lead a few workshops here.   (Daedone’s OneTaste organization  has groups in cities around the world — including in New York City.   And no, OneTaste doesn’t mean what you think it does.)

1.  Nicole Daedone, Slow Sex, and the art of eating a tomato

2.   On going to the place of pure feeling

3.   On being deeply nourished

4.   On Eros, spirituality, and crying during sex

So is Slow Sex the future of sex therapy?

As Tracy Clark-Flory pointed out in her piece on Daedone for Salon,  OM in its current form involves a level of  public immodesty that’s going to make it a tough sell in the American heartland.   So don’t count on Hope Springs’ Arnold and Kay from Omaha signing up for OneTaste retreats anytime soon.

But do count on sexual radicals like Daedone leading the way for the field of sex therapy — and for the rest of us more timid souls — as we attempt again to listen more carefully to the language of the body.