Simplicity, Complexity, and the Hunt for Pink Viagra 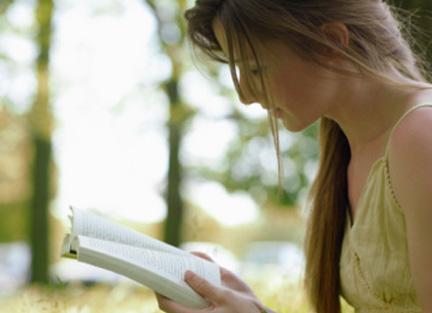 Will there ever be a “Viagra for women?”    If so, would it ever make it past the FDA?  And how many would women would really ever want to take it?

In 2010, an FDA committee voted not to approve Boehringer-Ingelheim’s  flibanserin — a medication reported to somewhat improve female sexual desire.   The flibanserin hearings were an important battle in the current controversy over whether the so-called “medicalization of sexuality” (think Viagra, etc) is a good thing or not. Proponents of “sexual medicine” have been at odds with a vocal grassroots “anti-medicalization” movement for years on this issue.

So why the repeated references to flibanserin as “Viagra for women” and “Pink Viagra”?

Ignorance, for one.  Never bet against ignorance in the field of sexuality.  (More on that later).   And money, certainly.  There’s always someone hoping that a drug for women will make as much money from women as Viagra has from men.

But I think there’s another important factor at work.  Phrases such as “Pink Viagra” refer, however unconsciously, to an important divide between male and female sexuality:  the relative complexity of women’s sexual response, compared to men’s.   Behind the hope for a “Viagra for women” is a wish by some that female sexuality would just be simpler and easier to understand.

Why is it that sex for men seems to be so simple?  Even the molecular process is simpler. There just happens to be a switch, and Viagra just happens to pull it.   Pfizer tested Viagra in women, and it didn’t do much.   This was hardly surprising.   Who could have doubted that sexuality, even molecular sexuality, would be more complicated for women?

There’s also the fact that when Viagra works, it’s effects are instantly visible.  As a prominent female sex expert once said, only half-jokingly, “Listen, if I took Viagra and it made my boobs bigger, I’d feel hornier too.”

Prominent anti-medicalization voices such as the New View Campaign argue that sexuality, and women’s sexuality in particular, is so often influenced by environmental factors—such as marital strife, women’s lack of economic power, and often outright oppression and fear—that to treat loss of sexual desire under such circumstances with a pill is ridiculous.

Under those kinds of circumstances, I agree.  But there are so many other women in reasonable, loving marriages, who have earnestly followed all the well-meaning advice of the best sex therapists and still haven’t been able to restart their sexual engines.

I don’t share the New View Campaign’s worry that new medications will make us  more simple-minded about sex.   Our collective level of sexual ignorance as a society is still pretty high.  I don’t think it could get much worse.

As a physician who specializes in sexual issues, I’m always looking to innovate and to do more with the limited tools we have.  There are always unexpected results from any tool, including biological tools such as medications. Viagra turns out to be beneficial for patients with totally unrelated conditions such as pulmonary hypertension.   Who knows what new possibilities something like flibanserin might offer?

We should also welcome the opportunity to combine biological and psychological approaches. Let’s find out what flibanserin can and can’t do, and for whom.   And let’s figure out how and where it might be useful in situations when  sex therapy alone doesn’t work as well as we’d like.

This week the FDA conducted a public meeting and scientific conference on the diagnosis and measurement of female sexual concerns. Sprout Pharmaceuticals, which bought the patent for flibanserin from Boehringer-Ingelheim, plans a renewed effort in 2015 to convince the FDA of its safety and usefulness.

By the way, the FDA is soliciting opinions from the public on issues in female sexual well-being HERE.  And HERE is a document listing questions that the FDA considers most relevant and important.  Anti-medicalization groups like the New View Campaign are running into some new organized (and apparently well-financed) opposition from a new sexual medicine advocacy group, Even The Score.

I look forward to reading the transcript of the FDA meeting when it’s posted online. And we’ll see what happens in 2015 when flibanserin comes again to the FDA.

It should be an interesting year.