Sex Therapist at the Academy Awards, Part 2: The Courage to be Seen 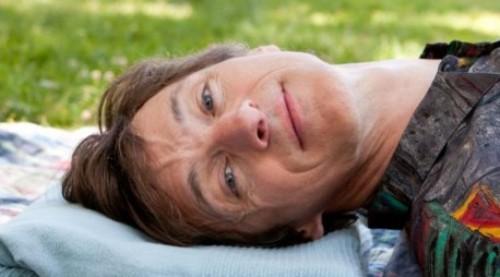 The Sessions tells the story one man’s extraordinary misfortune — paralyzed by polio at age 6 — and of his equally extraordinary courage in living, loving, and finding a place in the world.  It also concerns an extraordinary kind of sex treatment — sex surrogacy — where the therapist actually gets naked and has sex with her client.

But in one respect, O’Brien’s quest for sexual healing is completely ordinary — and entirely typical of the individuals and couples I see daily in my office.

I’m referring to his intense ambivalence about getting help.

Ambivalence, of course, is characteristic of all human endeavor.   And that’s certainly true about seeking any kind of mental health care.   But it’s in the realm of getting help for sexual suffering that the natural and universal human tendency toward ambivalence reaches perhaps its absolute peak.

One of the movie’s most dramatic scenes has O’Brien, flat on his back as always, being wheeled to his first appointment with a sex therapist.  It’s an appointment that he himself made.  But he is screaming to be allowed to go home instead.

Why has he changed his mind?  We’re not told why.  But his attendants literally have to force him into the elevator to go.  Since he’s paralyzed and strapped to a gurney, that’s not so difficult.   Still, he manages to make it an ordeal.

Every would-be patient struggles with two competing ideas:   One — that seeing a professional may actually help.   And Two — that it will lead to great disappointment, or make things even worse.

These opposing notions are often evenly balanced.   So lots of people suffer for years with sexual problems, before finally calling for help.

There’s an old joke:  Someone has lost their keys.  They’ve looked everywhere except for one drawer.

“Why haven’t you looked in that drawer?”

When a new patient calls me for an appointment, I assume it’s because their hope of being helped has momentarily overcome their dread of being disappointed.

New patients seeking help for sexual problems must be seen fairly quickly, while hope still holds an advantage.   Within a week, usually.    Two weeks is stretching it.   An appointment made three weeks in advance often gets cancelled — which I suspect often means that the balance between hope and dread has shifted again in favor of dread.

The courage to be seen

Why should the natural human ambivalence about seeking help be so exaggerated in the case of a sexual problem?   One reason certainly is that sexuality has such a strong association with shame.

It’s also I think because sex hits us where we live.   There is something about being known sexually that says,  “Yes, that’s me.  You have seen me.  You have known me.” Eros finds the self at its most vulnerable.   Sex has the potential to be both maximally affirming and exquisitely painful.

Who wouldn’t yearn for that?   And who wouldn’t dread it?   So of course we’re ambivalent about going there.   Both in actuality, with lovers, and even in just talking about such things with a professional.

So week after week in my office I hear from people who like Mark O’Brien have suffered for years in silence with sexual problems.  It’s sobering to think how many others never make that call.

It wouldn’t be a bad idea for every sex therapist to keep in his or her office drawer a picture of Mark O’Brien in The Sessions, strapped to a gurney in an elevator, screaming to be allowed to go back home instead.

There are few things more life-transforming than to finally start to feel good about oneself as a sexual person.   But it requires courage.