Sex in the DSM-5: True Colors 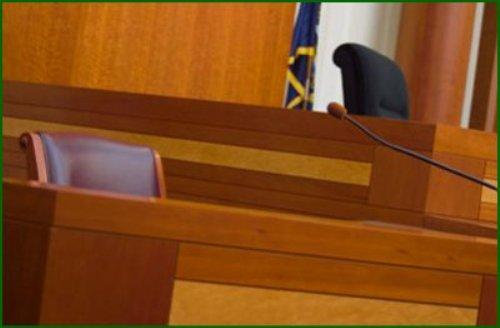 A question of authority

One afternoon 25 years ago, I found myself on a witness stand as a medical expert in a legal hearing concerning a patient of mine.   I was a young doctor at the time, just recently out of training.

I had just been called as a witness by my patient’s lawyer and given my testimony from the witness stand.   Now came the opposing attorney’s turn to cross-examine me.   On his desk was a bright green book that I recognized:  The DSM-III, a guide to psychiatric diagnosis published by the American Psychiatric Association.

“Dr Snyder,” he began, “Do you recognize this book?”  He held it aloft.

“Would you say this book is authoritative?”

I was about to fall for a classic trick used by trial attorneys on young, inexperienced doctors.  If I agreed that the green book he held in his hand was authoritative, this would get me in all sorts of trouble.  He would go on to quote from things I’d just said in my testimony, show how it contradicted what was written in the book, and then declare that I was unqualified as a medical witness.

Having never been in court before, I’d never heard of this trick.  I had no idea what he was about to do.  But I was saved from my ignorance by a stroke of luck.

“Dr Snyder, would you say this book is authoritative?”

He looked worried.  “And why not?”

Pure luck on my part.   The green book, on which he’d pinned his hopes of discrediting me, was no longer authoritative, by anyone’s standards.  My testimony would stand.

In reality, of course, the entire thing was a fiction.  The new blue book was really no more authoritative than the old green one.   Just different.

They had both been honest attempts by researchers in the field to organize what was then known about mental problems.  But that’s always an uncertain task in psychiatry, where there are no tissue specimens to examine under the microscope, and where opinions on these matters often change with the times.   Pretty shaky grounds for authority.

Since the first publication of the green and then blue DSM’s in the 1980’s, though, there has in fact been a tendency to see them as “authoritative.”   Though not originally intended for such purposes, these manuals have ended up being used in myriad social and political ways, for everything from disability claims to child custody decisions.  They have affected the lives of millions.

The blue DSM-III-R that saved my testimony that day in 1988 was replaced several years later by a red-brown DSM-IV, and then by a grey DSM-IV-TR.   Now, this month, a new DSM is scheduled to appear.  Purple, this time.  The DSM-5.  (Yes, the old Roman numerals are being replaced as well).

No one outside the APA leadership has been permitted to see the new purple DSM-5 yet.   Not until May 22 when it’s released.   But the book is sure to be a best seller.  It always is.

Sex in the new book

As a sex specialist I’m interested of course in what the new DSM-5 will have to say about sexual problems.  Historically, the “sexual disorders” section of the DSM’s have been a bit of a backwater.  Most of the classifications there haven’t been based much on science.

This year is intended to be different.  The committee charged with making recommendations about sexual disorders for DSM-5 made a heroic effort to bring it in line with current research.

They struggled to answer such questions as, “Are female arousal issues really separable from problems of desire?” (Answer:  Not necessarily).   And “Do unusual sexual tastes really represent disorders?” (Answer: Again, not necessarily.)   The final document is a step forward, I’m told, though not as big a step as many in the field would have liked.

In subsequent articles in this series, we’ll discuss what’s known about the new DSM-5 so far, from a sex therapy perspective.   And when it comes out on May 22, we’ll examine in more detail  how good a job the new purple book does in reflecting current knowledge about sexual issues.

Authoritative?   No.   That will probably never happen.

But it’s sure to be an interesting tale.   And a colorful one.