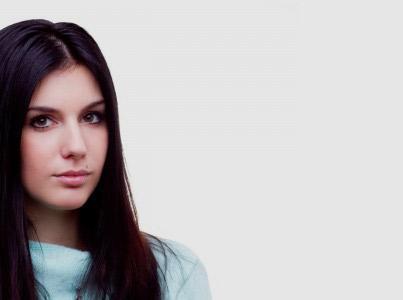 There Are 7 Major Errors in the Recent New York Times Op-Ed on Pink Viagra. Let’s Clear Them Up.

As a sex therapist who also happens to be a medical doctor, I’m used to disagreeing with a lot of what I read about sexual pharmacology.

But the recent New York Times opinion piece “Nothing Is Wrong With Your Sex Drive”, regarding Sprout Pharmaceuticals’ new FDA application for flibanserin (so-called “Pink Viagra”), seemed especially in need of a systematic rebuttal.

For those of you who haven’t read the article, I encourage you to go take a look at it here.  I counted 7 major errors. Here they are, in the order they appear in the text itself:

NYTimes: Quoting from the Times article:  “Flibanserin purportedly treats a condition called hypoactive sexual desire disorder in women. But H.S.D.D. was removed from the American Psychiatric Association’s Diagnostic and Statistical Manual of Mental Disorders in 2013, and replaced with a new diagnosis called female sexual interest/arousal disorder, or F.S.I.A.D. Why the change? Researchers have begun to understand that sexual response is not the linear mechanism they once thought it was.”

Let’s clear this up:  DSM-5 replaced both HSDD and Female Sexual Arousal Disorder with one new entity, FSIAD, since there wasn’t sufficient evidence that women’s desire and arousal problems are in fact distinct. Yes, the new FSIAD diagnosis did for the first time mention responsive desire (item #3). But that was only one of several changes. See my articles, “Sex in the DSM” and “the FDA Wants to Hear More About Women and Sex” for more info on this.

ERROR #2:  Confusing “can be effective” with “is generally effective.”

NYTimes: Again, quoting from the article:  “The new diagnosis is intended for women who lack both spontaneous and responsive desire, and are distressed by this. For these women, research has found that nonpharmaceutical treatments like sex therapy can be effective.”

Response:  Ah, that phrase: “can be.”  Anything can be effective. But how often?  And what about when it’s not?  Yes, sex therapy can be effective.  But it can also be quite useless at times.  That’s why there’s been a search for biological treatments.

NYTimes: Quoting again: “I can’t count the number of women I’ve talked with who assume that because their desire is responsive, rather than spontaneous, they have ‘low desire’; that their ability to enjoy sex with their partner is meaningless if they don’t also feel a persistent urge for it; in short, that they are broken, because their desire isn’t what it’s ‘supposed’ to be.”

Response:  Yes, some women are helped by learning that their desire is just responsive rather than spontaneous, and that this is normal. But there are many women who lack both spontaneous and responsive desire, and are distressed about it.

NYTimes: The author writes, “What these women need is not medical treatment, but a thoughtful exploration of what creates desire between them and their partners.”

For more on the perils of either/or thinking in sexual science, see my article, “Sex for Pleasure, for Profit, or Both?”

NYTimes: “Apparently we still haven’t learned our lesson about what happens when we pathologize normal sexual functioning.  In one extreme example, medical professionals once took seriously the idea that homosexuality was a disease in need of a cure . . .”

The author goes on to describe a Frankenstein-like case published in 1972 of a gay patient with epilepsy who had neurosurgery to implant electrodes in his pleasure centers, after which his doctors tried to recondition him to enjoy heterosexual erotica.

Response:  Is this really supposed to be equivalent to a woman who’s distressed by a lack of sexual desire and wants to try a pill?  I think that’s kind of a stretch. There’s  a big difference between trying to change someone’s essential sexual nature, and simply helping them recover a part of their nature that they’ve lost.

NYTimes: Again, I quote: “Outdated science isn’t going to improve our sex lives. But embracing our differences — working with our sexuality, rather than against it — will.”

Response: Science means being honest about what you don’t know, and being willing to correct yourself when you’re wrong. It’s hardly scientific to claim, “We know what’s good for all women, and what’s not.”

I don’t think it’s fair to characterize pharmacologically-driven sex research as “outdated.” It’s crude now, but it gets more sophisticated all the time. Desire is complicated, and it’s affected by an extraordinary number of things. No biological researcher would deny that. But complexity doesn’t mean that medical treatments for desire problems are of necessity invalid. (See item #4 – “either/or” thinking).

NYTimes: The article (quoted above, item 6) ends by exhorting us to start “embracing our differences.”

Response:  I’d like to see the anti-medicalization folks take this message seriously. Yes, let’s embrace our differences.  Let’s acknowledge that many women might reject out of hand the idea of taking a pill for desire, but that some others might want to give it a try.

Why not allow for differences, and let each woman use her own judgment?

If the FDA approves flibanserin for women, then we’ll find out whether it works in the real world—and for whom.

Until then, let’s not pretend we know more than we do about the causes and best treatments for lost sexual desire. We still have much to learn.

PsychologyToday: The FDA Wants to Hear More About Women and Sex

Sex therapist colleagues who were involved in the flibanserin (Pink Viagra) trials tell me they saw results—satisfied women, and happier couples.  Were these placebo responders? Maybe. But something tells me that Boehringer Ingelheim and Sprout Pharmaceuticals wouldn’t have bet so big on flibanserin unless they were pretty sure it did something real.  Measuring such an effect, on the other hand, is a huge problem.

Pink Viagra and the Riddle of Female Sexual Desire

We sex therapists all have clients whom our best current methods haven’t helped, so we always need better treatments. In 2010 when Boehringer Ingelheim’s application for flibanserin was rejected, some had claimed that HSDD was not a real disorder – that it was created by pharma in order to make money. But the FDA disagreed. They indicated an understanding that HSDD was real, but that B-I hadn’t proved their drug worked for it.

Simplicity, Complexity, and the Hunt for Pink Viagra

The term “Pink Viagra” makes little sense really. Viagra treats erections, whereas flibanserin aims to treat libido. Viagra works on the body and flibanserin on the brain.  It’s also likely that flibanserin, if it’s ever approved, won’t have the same dramatic impact on female libido as Viagra has on erectile rigidity.  So why the analogy? I think behind the idea of “Viagra for women” is a wish that women’s sexual processes would simply be less complicated.

PsychologyToday: Pink Viagra – Sex for Pleasure, for Profit, or Bot

Most women’s sexual problems are more due to environmental factors such as fatigue or relationship issues than anything biological.  But “most” is not “all.” Many women in loving, balanced relationships with perfectly attentive mates find at some point that they’ve lost all  interest in sex. I find it hard to believe this phenomenon is completely environmental.