On male bisexuality — the Elle interview 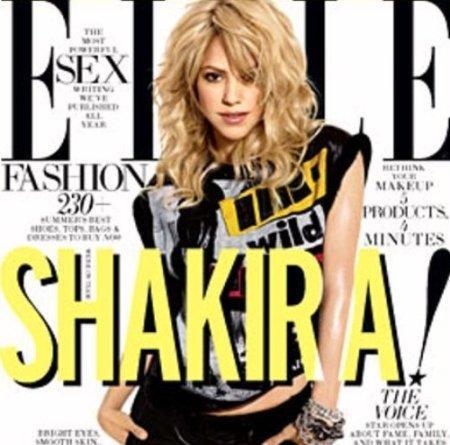 I’m not usually one to linger on obituaries, but this one held my attention all the way to the end:  The New York Times’ July 24, 2013 obituary of the 1960’s prizefighter Emile Griffith, during whose distinguished boxing career rumors apparently circulated that he was gay.

Now at the time of his death a half century later, he is most remembered for having killed one of his opponents in the ring — a fellow boxer who had teased him about his sexuality.

At the weigh-in before their 1962 match, his opponent Bennie “Kid” Paret had used a derogatory Spanish term to accuse Griffith of being homosexual.  In the 12th round, Griffith got even.  With his right fist pounding Paret’s head “like a baseball bat demolishing a pumpkin” according to ringside witness Norman Mailer, Griffith knocked his accuser unconscious.  Paret died 10 days later in the hospital from intracranial bleeding.

Griffith maintained that he was bisexual — equally attracted to both men and women. But male bisexuality is a difficult label to make stick.  Even now when it’s reasonably safe in at least some parts of the developed world to be openly gay, and when female bisexuality is well recognized, there remains a great deal of skepticism about whether male bisexuality exists.

Many writers on the subject have wondered whether most self-identified male bisexuals are simply homosexual men trying to “have it both ways” — having sex with men while holding on to heterosexual privilege.  Heterosexual women intuitively worry that bisexuality in a male partner might be like cancer — likely to spread and eventually kill the relationship.   Or as the saying goes, “bi now, gay later.”

Accordingly, as a recent article in the Los Angeles Times makes clear, not many bisexual men ever admit the fact to their female lovers.  Most regard it as a conversational “third rail” — touch it and you die.

Which is unfortunate, since secrets aren’t good for relationships.   As I found myself explaining to writer and editor Holly Millea in the July 2013 edition of Elle Magazine (p. 110 — “Mired in Desire”), there’s a whole assortment of bisexualities in both men and women. One can’t really generalize. The universe of bisexual people is far broader than I originally thought when I first set out as a sex therapist 25 years ago.

True, some bisexual men who date women are largely gay and just haven’t accepted the fact yet.  But some — many — are largely straight, with just a touch of gay thrown in.   Some seem to be hypersexual — what Freud might have called “polymorphous” — able to be turned on by just about anything that moves.  Some are so nearly asexual that the gender of their lovers doesn’t seem to matter either way.  Some have been so damaged by early emotional or sexual trauma that it’s difficult to tell.

And some — but not many — seem to be truly right down the middle.  Perfectly normal men from loving homes, who just happen to be turned on equally by men or women.

One would think that such individuals — able to run Mac or PC equally well — would be the happiest of men.  But the reality is otherwise.  As I explained to Holly Millea in Elle, “They tend to have ongoing identity crises. Gender-object choice is so fundamental in our current world and is such a big pillar of identity, and these guys don’t know who they are.”

The prizefighter Emile Griffith may have been such a man. In an interview in Sports Illustrated in 2005, he struggled to categorize himself — “I don’t know what I am. I love men and women the same.” That same year, New York Times columnist Bob Herbert recalled speaking with the former prizefighter about his sexuality — “I asked Mr Griffith if he was gay, and he told me no. But he looked as if he wanted to say more.  He told me he had struggled his entire life with his sexuality, and agonized over what he could say about it.”

The world has changed in many ways since 1962 when Benny Paret called Griffith a maricon and paid for it with his life.  But male bisexuality is still a difficult and confusing subject for most people.  Often most of all for the bisexual man himself.

If Griffith had come of age today, perhaps he’d have sought counseling at my colleague Dr Margaret Nichols’ Institute for Personal Growth where he’d have been told the reality — that he was perfectly OK, just a bit unusual.  Mother Nature specializes in the unusual.  It’s just taking us awhile to accept that fact.

But what about a bisexual man’s female partner — who worries she’ll be abandoned later, if he decides he’s more attracted to men?  Here, it’s important for a man to know himself well, and to be honest with himself and his partner about who he is.

Though that’s gotten a bit easier in recent decades, it’s still a difficult conversation to have with oneself.  Or with a partner.

But if the alternative is to keep such an intimate thing a secret, then it’s often worth the risk.