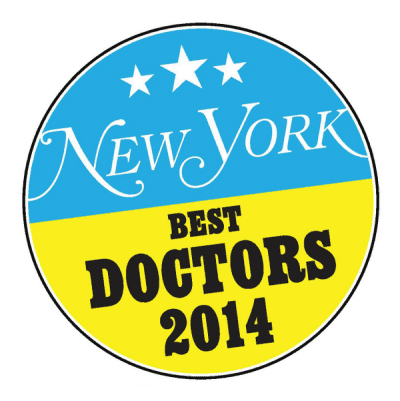 In the end, your patients’ opinions are the only ones that really matter.

But when you’re a sex therapist, your patients tend for obvious reasons not to thank you in public.  So one relies on the judgment of colleagues.

In New York City, the central clearinghouse for colleagues’ opinions has for many years been the New York Magazine Best Doctors issue, published each year in June.  After 25 years in the trenches, my time finally came in June 2012.

Now that it’s happened 3 times in a row, it’s clear I have a lot to live up to.

It’s my honor again to be listed together with distinguished colleagues Harold Bronheim, Joseph Goldberg, and Deborah Marin from the Icahn School of Medicine at Mt Sinai, as well as with colleagues Jesse Rosenthal and Todd Feinberg from the newly-established Mt Sinai Beth Israel.  And a special honor to again be listed together with my longtime Mt Sinai colleague sex and infertility urologist Natan Bar-Chama.

There’s only one small problem:  the crying baby on the cover.  According to the caption, the baby is just-delivered Baby Emilie.  Looks as if she’s doing just fine.

But people consulting a physician for the first time about sexual problems tend to be fairly anxious. I worry if I put her image on my office wall (as we New York doctors tend to do), that it won’t do much to help them relax.

Well, at least it will be a reminder of what can happen as a result of good sex!

Thanks again to my fellow New York City physicians for voting me this honor.  I promise to work hard to continue to deserve it.