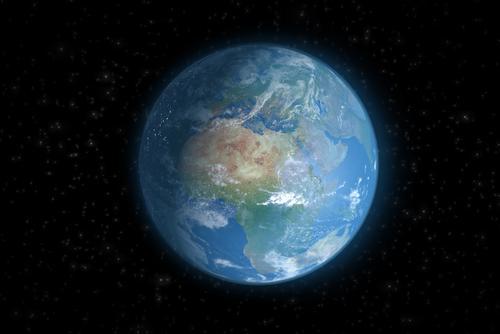 This year saw the publication of A Billion Wicked Thoughts, a book that among other things discusses its author’s independent analysis of 55 million sex-related Google searches.

Ogi Ogas and Sai Gaddam, the two computational neuroscientists who wrote A Billion Wicked Thoughts, appear to have had enough data to produce a decade or two of scholarly publications in the sexuality field — but instead decided to try to write a best-seller.   This so far has distracted people from the book’s rather new and interesting theory of human sexual motivation.

I agree with the book’s critics who say the project is quite flawed.   But I believe it would be foolish to ignore the authors’ ambitious theory of sexual motivation, or their huge and unique set of data that supports it.

I’ve attempted on these pages to place the work in cultural and scientific context, and to show its applicability to the practice of sex therapy.    It’s turned out to be a larger project than anticipated, and I still haven’t completed it.   But for anyone with the time and interest, here are the links so far:

Part 1:  The Strange New Science Behind A Billion Wicked Thoughts

“Heterosexual men generally suppress the impulse to stare at other men’s penises.   But on the internet — where no one but Google is watching — penises get looked at.   According to A Billion Wicked Thoughts, these men are simply responding to an ordinary male desire — to check out and admire the sexual anatomy of a man who is perceived as dominant or powerful.”

Part 2:  Studying Sexuality, One Mouse Click at a Time

” ‘What would really benefit researchers is a machine that unobtrusively recorded people’s private behavior in real time in their natural environment.  . .  Better still if the machine could record the activities of large numbers of people – maybe ten thousand.   Or a million.  Or, in our most preposterous fantasy, a billion.  Such a machine exists.  It’s called the internet.’ “

“The authors’ model states that men’s and women’s sexual minds function differently, but that both are fundamentally rather simple in their goals and how they operate.  That alone will already put off many of the professional communities concerned with sexuality.”

Part 4:  The Elements of Desire

“Much like your average personal computer, the human brain comes outfitted with a whole lot of cool software right out of the box.  There are programs for language acquisition.  An elaborate visual processing suite.     And a myriad other functionalities that are more than simply the sum of their neuronal parts.   All pre-set and ready to run, from the moment you plug the thing in.   Which is a good thing.  Because otherwise we’d have to learn everything from scratch.”

“The presence of a small but definite male attraction to feet has far-reaching implications for understanding those individuals such as foot fetishists who are exclusively attracted to feet.   We’ll recall that body part fetishists are almost exclusively men.   Getting stuck on one female body part seems to be an inherent vulnerability of the male sexual software.”

Part 7:  The Simple, the Complex, and the Still-Forbidden

“There are many substantive difficulties with the authors’ project.   But I think the anger at the book may be more due to its style and presentation.  The authors are novices in the sex field.   They seem to have been unaware that there are some things that it’s forbidden to do in a book on sex.”

“Early discoveries about sex similarities strongly influenced the development of sex therapy in the 1960’s and 1970’s.   More recent research on sex differences has not yet influenced the field very much.  Much of what’s written about sexual psychology is still ‘unisex.’   This diminishes its value for clinicians in the office.   And for patients in the bedroom.”

“According to A Billion Wicked Thoughts, one important aim of the female software is to assess the long-term risk-reward picture associated with a potential mate.  This kind of research is difficult and labor-intensive.  So it’s useful to have access to the research of others as well.   Hence the popularity cue.   A popular man, from this perspective, is simply one that other woman have already checked out and assessed to be of value.”

” ‘You think I’m attracted to you and that you can just have me, but you’re wrong.   You don’t have me yet . . . The more persistently you pursue me, the more attractive and irresistible I feel, which makes me move away some more to see if you’ll keep coming after me, if I can make you want me even more.’ ”